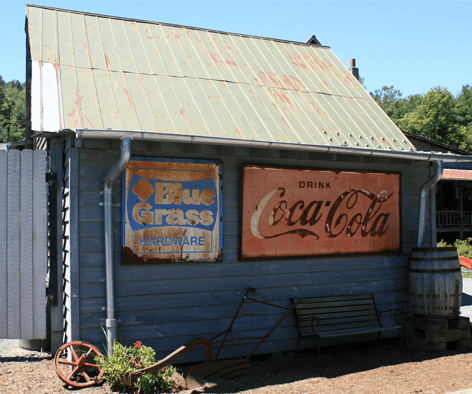 Do You Know How You Have Impacted Others?

This past weekend started our trip in North Carolina. On our first full day here we decided to explore. In the town where we are staying is Mast General Store, an old store that has many fun things to explore. Not only is it a store, but it is still the post office for the town of Valle Crucis, and houses the old school house.  The General Store draws a lot of people, especially those visiting the area. While Stephen explored one of the areas of the store, I sat outside with Tyler on a bench in the shade. A short while later I was joined by an older gentleman who sat on a nearby bench. Let’s call him Henry.

Henry’s wife was heading into the old school house. As Henry sat down on the bench across from me, he said, “I spent enough time in one of those, I don’t need to spend any more.” From there we began to talk. He shared his story of how his father had strongly suggested he go to college for mechanical engineering, and so he did.

When he returned he knew instantly it was not what he wanted to do. He wanted to be a welder; and so he did. For forty-seven years Henry worked as a welder building and fixing all types of things.  He often fixed the bicycles of the local kids, and used his creativity to take on other projects. Henry loved what he did.

What Henry chose to share with me next was where we really connected. He told me a story of a gentleman who came into his store with a project. The gentleman relayed a story to Henry of how they had met twice in the past.  Henry had no memory of these encounters, he had met lots of customers in his time, but listened with interest to what the man had to say.

The first time was when the gentleman had come to Henry with a project. As he explained to Henry what he needed he also told him others had told him the project was impossible. Henry smiled at him and took it from him. He worked on it a brief time and then retuned the project complete. Not so impossible to the man’s surprise!

The gentleman then said he had come to see Henry a second time a while later, again with a project that he had been told by others was impossible. He explained what he needed; Henry took a look at it and then with a large grin (as Henry explained the story shared by the man) said, “Yes indeed, it’s impossible.”

Now Henry had no recollection of either of those meetings with the gentleman, but he had obviously made an impression on him and in a good way. Enough so that the man returned a third time with a project and shared with Henry his memories. Henry told me how the story tickled him.

Henry and I spoke about how we both believed that it is important to do something that you love to keep you excited, focused and moving forward in life. Henry had recently told his nephew that as well. For forty-seven years he enjoyed his welding and never regretted his choices. Sure, he said, he could have made a lot more money following his father’s dream for him of being a mechanical engineer, but he knew that he would not have enjoyed his life as much as he had as a welder.

Henry smiled and shared one more thing that made him proud of his choice to be a welder. He spoke of the kids’ whose bicycles he had worked on. Many as they grew older would come to Henry with their welding projects and share how they remember Henry as the man who helped to fix their bikes. You could see the pride in Henry’s face as he relayed this to me.

I offered to Henry that we never really know how many peoples’ lives we may impact from the things we do each day. Things that we may look to us as ordinary, unspectacular or just part of our nature or job may influence how someone else approaches their day or lives their lives. Therefore, each interaction we have with anyone is so important.

Henry sat back, and smiled. “True, very true,” he said. Shortly later Henry’s wife called out to him, and we said our goodbyes.

My interaction with Henry impacted me. At the end of my day when I sat in my gratitude practice and listed the things I was grateful for, my conversation with Henry was high on the list. It was one more way of confirming for me that there is great value in doing what you love versus what you or someone else thinks you should do; and to remember that our reach of impacting others goes way beyond what we even realize.

I hope that my story of my chat with Henry impacts you as well in a positive way. Whether it entertains; leads you to remembering a similar story you experienced; makes you smile; or influence you on how to approach something different in your life.

What in your life do you do that you love? Is there any part of your life where you can identify where you impact others? Share with me below.

PrevPreviousStepping Out to Help a Stranger
NextMy Life as a SquirrelNext