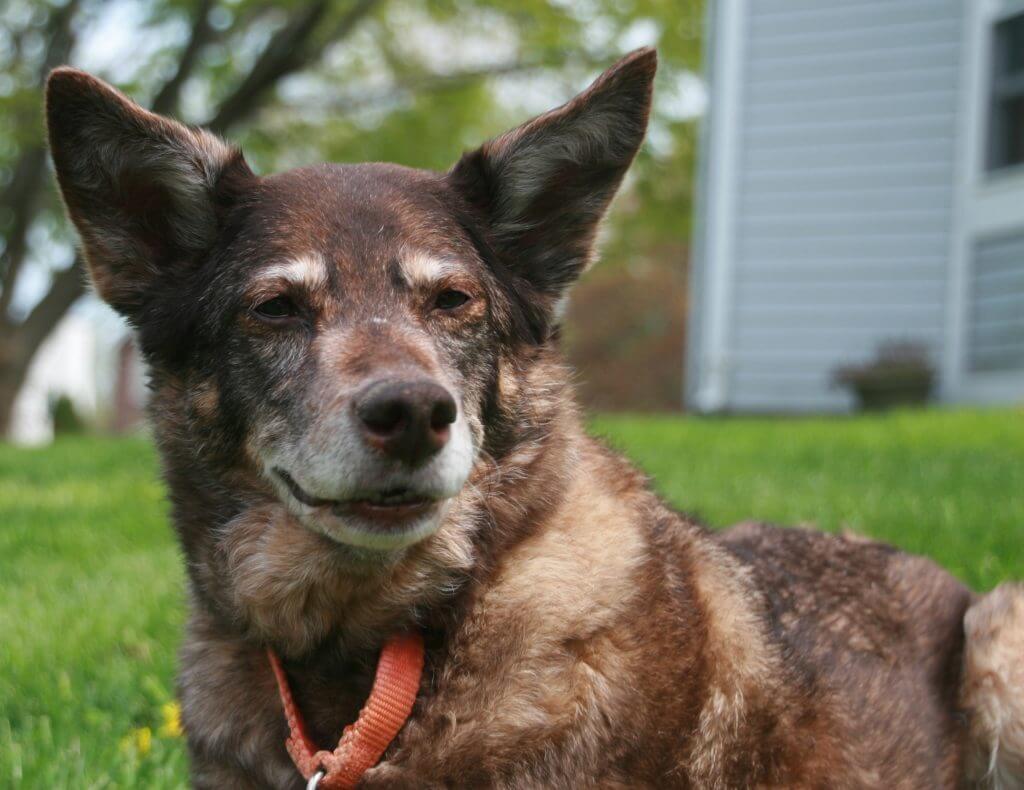 Stella was the Belle of the Ball

This past weekend my husband and I had a party. It is a party that we have thrown before, bringing friends, joy and laughter into our home. After the gathering was over, I reflected on how nice it is to be surrounded by such great people in my life, but there was a sad moment. I began to think about how much my dog Stella used to love the party – Stella had passed a few years ago.

I remember the first year we had Stella and the party was approaching. I was worried about how she would react having so many “strangers” in the house: would she be stressed, would she go and hide? You see, we adopted Stella as an older dog, she was 13. She had been through a lot in her life and when we adopted her she had the sweetest disposition and she was a bit shy. I wasn’t sure if the party would be too overwhelming for her.

Might I just say, I was greatly surprised. Stella was the best hostess! She went to the door as each guest arrived as if to say, “Welcome to my party.” As the night progressed I watched as she would weave through the legs of people, stopping at each one as if to check in with them and make sure they were enjoying themselves. She was the belle of the ball!

I never worried about Stella with parties again. She always seemed to shine when people came over and it brought me great to joy to watch. The first year that Stella wasn’t with us at the party, she was greatly missed.

A number of years have passed and each time we have a gathering where Stella would have been in her element, I think of her and remember her as she made her way through the sea of people. I miss her greatly and appreciate the memories and blessing that she brought me.

Just a note. Many of you have read about my dog Tyler. He is my sweetheart, and was gracious enough to invite Stella into our family when she needed a home. As much as Tyler loves people, he’s not so much into parties. After the first hour or so he is ready for everyone to go home so things can go back to being quiet. So yes, Tyler attends the parties as well, but it’s not in his DNA to step into Stella’s role.

Write me a comment below about how an animal has impacted your life.

PrevPreviousPushed to the Edge of my COMFORT ZONE
NextCan you Receive Unconditionally?Next